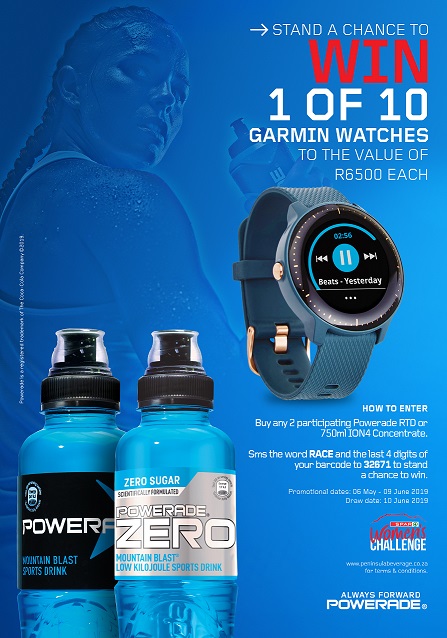 2. The Competition is open to permanent residents and citizens of South Africa over the age of 18 years in possession of a valid South African Identity Document except any minor, employee, director, member, partner, agent or consultant or any person directly or indirectly who controls or is controlled by the Promoter and/or immediate family members of any employee, director, member, partner, agent or consultant of or person indirectly or directly in control or controlled by the Promoters, their advertising agencies, advisers, dealers and suppliers and Bottlers of beverages identified by the trademarks owned by or licensed to The Coca-Cola Company, its affiliates and/or associated companies (“Disqualified Persons”).

3. By entering this Competition, all participants and winners agree to be bound by these rules which will be interpreted by the Promoters, whose decision regarding any dispute will be final and binding. The Promoters reserve the right to amend, modify, change, postpone, suspend or cancel this Competition and any prizes (which have not yet been subject to a draw), or any aspect thereof, without notice at any time, for any reason which the Promoters reasonably deem necessary.

6. To stand a chance of winning one of the Prizes, participants must purchase any 2 (two) 500ml Powerade Ready to Drink regular or zero (“Participating Product”) or 750ml Powerade Ion4 Concentrate across the Spar group of participating outlets within the Western Cape. The participant must retain their till slip and SMS the keyword “RACE” and the last 4 digits of your barcode to 32671 (“entry”). SMS’s cost R1.00 per SMS. Free SMS’s do not apply.

7. The Prize is neither transferable nor redeemable for cash. The Promoter reserves the right to substitute the prizes with any other prize of comparable commercial value.

9. Participants may enter the Competition as many times as they wish provided they purchase the Participating Products each time and following the entry mechanism set out in clause 6 above each time.

10. Participants may not enter this Competition or be a winner if they have won a competition promoted by Promoters within the past 6 (six) months and only 1 (one) prize per household is allowed.

11. In order for a particular entry to be confirmed as valid, the Promoter will call the possible Winners and ensure that the qualifying criteria set out in paragraphs 2,3,7,8,9 and 10 above are met (“the verification process”).

12. The Promoter’s’ decision is final and no correspondence will be entered into.

13. Participants whose entries have been drawn and confirmed by the Promoter as valid after the verification process, will be notified via SMS, with a follow up telephone call to confirm their winning after the final draw. Selected Participants will be declared a Winner, and will be provided with details of how their Prize will be delivered to them.

14. Entries which are unclear, illegible, are submitted via an incorrect entry mechanism or contain errors or from Disqualified Persons will be declared invalid.

15. If the Promoters is unable to reach a Winner after 1 (one) week from the date of being declared a Winner, or if Winner is a minor who did not obtain their parent or legal guardian’s consent, or if Winner fails the verification process after drawing his/her Entry for whatsoever reason, such person will be disqualified and a draw for replacement entry and winner will take place.

16. All prize finalists will be notified via telephone. In the event that a finalist is not contactable for 3 (three) consecutive days (3 contact attempts) then such finalist will forefeit their prize and another finalist will be randomly selected and the same process as described herein will be followed.

17. No liability will be attached to the Promoter in relation to any claims, losses or liabilities for any loss of profit or any other direct and/or indirect, special or consequential loss arising out of any of the Prizes. Ownership of and risk in, and benefit attaching to, the Prizes will pass to you immediately.

18. The Prize is neither transferable nor redeemable for cash and the Promoters are not liable for any defect in the Prize.  The Promoters reserve the right to substitute Prizes with any other prize of comparable commercial value.

19. All participants and the winner, as the case may be, indemnify The Coca-Cola Company, the Promoters, their advertising agencies, advisers, nominated agents, suppliers and Bottlers of beverages identified by the trademarks owned by or licensed to The Coca-Cola Company, its affiliates and/or associated companies against any and all claims of any nature whatsoever arising out of and/or from their participation in any way howsoever in this Promotional Competition (including, as a result of any act or omission, whether as a result of negligence, misrepresentation, misconduct or otherwise on the part of the Promoters and/or use of the Prizes).

20. The Promoters may require the winners to complete and submit an information disclosure agreement and indemnification to enable the Promoters to ensure compliance with these rules and the Consumer Protection Act 68 of 2008. Should any winner refuse or be unable to comply with this rule for any reason, such winner will be deemed to have rejected the Prizes and it shall revert back to the Promoters.

21. The Promoters may require the winners to be identified, photographed and the photographs published in printed media, or to appear on radio and television, when accepting their Prizes and/or after having received their Prizes. The winners will be given the opportunity to decline to the publication of their images and to participate in the Promoters’ marketing material in so far as it relates to the Promotional Competition.

22. All queries in connection with this Promotional Competition should be directed to Sune Kies +27 21 936 5500

23. A copy of the competition rules is available at no cost to the participants and can be downloaded in printable form from www.peninsulabeverage.co.za